I’m not used to having sucky Fridays. They’re not my favorite day either, but I handle them. Today sucks though. And I want to write about it but I don’t want this post, and my blog for that matter, to become a place where I come and barf all my negativeness. And it’s also angering because I don’t understand how I can wake up and feel like shit in one second, before I even walk out into the world. So I’m placing the blame on the meds. Fuck ’em.

I usually take my morning dose somewhere around 8am, but today it was one of the first things I did after getting up at 6 because I knew from the moment I woke up it wasn’t going to be pretty. Don’t get me wrong, it’s not like I set my mind to have a shitty day, it just comes that way sometimes, it sneaks up on me. And to be honest, I haven’t been taking all of my meds either. Ever since N admitted one of the pills was making me gain weight, I  stopped taking it. She had told me to just lower the dose until I had my next appointment with her, and she could then decide what to replace it with, but I just couldn’t put it in my mouth knowing that it was making me hate my body all over again. So yeah, that’s what happens when you tell crazy people to take their meds I guess.

Also found out earlier today that I’m gonna have to work on my birthday. It’s a Saturday so I was thinking I could at least take the day off but no, I have to be at school entertaining parents on the Family Day, whatever the hell that is…  Still I’m considering the possibility of doing something for that day. I haven’t properly celebrated it since I turned 19 some ages ago, and maybe I’d like people to celebrate me for a change though it’s something that makes me anxious.

I’ve had some shitty birthdays that’s for sure. Right now there’s one that comes to my mind. I remember once BF asked me to spend my birthday at his place as they were celebrating another friend’s bday, it seemed like a good plan for me. Little did I know no one except BF gave a shit about my birthday. I hate people singing happy birthday, and the cake ritual and stuff is just not my thing, but when a cake appeared and everybody started singing to this guy and then to congratulate him and simply ignore me, I just wanted to hide under the table. His birthday had already passed, and mine was on that very night,  and still they didn’t care! Thanks for the appreciation…

I haven’t really decided yet, but I’m giving it a thought. It would be something very low-key, absolutely NO cake included, and probably at my house (exxxtra-anxious!) because I don’t really have a group of friends. I have scattered friends from all the lives I’ve lived and so I think it would be easier to make the reunion at my house instead of at a restaurant or something.

One of the reasons I think this might be a good idea is that maybe the time after my birthday wouldn’t be so hard for me. Last year I had it rough. Fell into a deep crisis and zombied through April mostly. This way, there could at least be the possibility of having something to look forward to. There’s also the possibility it becomes an epic fail and throws me into some miserable days, there are just too many things that could go wrong.  So what to do? I’ll let March be the judge of that.

So there you go. Meds and birthdays. Are my post-naming skills getting smoother or what? Happy weekend!

Went to my monthly appointment with N on Thursday. She’s finally convinced that one of the meds is making me put on A LOT of weight. On one hand I’m happy that my voice is being heard. On the other hand, I’m very much pissed at N. I asked her about the med making me gain weight months ago! I’ve gained 20 pounds since then! And now after I’ve fallen into my old puking-fasting-bingeing habits, now she tells me the med’s the reason. No shit Sherlock…

I’m mad ’cause I feel like she wasn’t listening to me when I told her first, because she dismissed my guesses like those of an overly-worried-probably-anorexic girl who needed to do as she was told. And I did. I trusted her. And now, 20 pounds later, if my metabolism has changed, how in the f-ing world am I going to lose this weight!? I know, I’m still formally inside what’s considered healthy weight, but I can’t look at myself in the mirror, sex is weird, my clothes don’t fit, my self-esteem is six feet under!

Yesterday I had to buy a pair of jeans. Fat-ass jeans to be more exact. I knew I needed them but put it on the back of my mind ’cause it was like accepting a battle lost. Also, BF bought them for me. Because I can’t afford to buy a fucking pair of jeans these days. Nor anything really, almost my entire paycheck goes to therapy and paying debts, with only some spare change for my most immediate needs. Still, him paying for me made me feel a little better actually. I know he’s worried about me, he loves me so much, and that’s a whole lot more than many people have in the world and for that I’m thankful.

This Sunday doesn’t entirely suck ass, this may be longest streak I’ve had in months.

We usually keep kittens with us until they are old enough to eat by themselves and have learned to use the litter box properly, which means they are boarders until they’re 6 or 8 weeks old, and then we find them a definitive home. However these litter came in with a little problem of skin fungus, and since they were too little to be medicated we hoped that with proper feeding they’d be able to fight it off.

Unfortunately this wasn’t the case, and since it’s growing and they’re already 6 weeks old we’re gonna have to start medicating them, and we can’t let them go until they have fully overcome this, mainly because the stress of moving to yet another place would probably affect their recovery. We’re gonna have to give them medicated baths as well as a cutaneous solution and hopefully that’ll be enough. Otherwise they’re gonna need ingested meds, which I’m really really crossing my fingers for them not to need it, they’re mere babies!

Here’s a picture of the whole litter (sorry for the low resolution pic), another one of three of them eating dry food all by themselves (!!), and one of the little one who’s got the worst share of fungus. 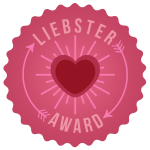